Latest News
We have to fearless cricket to win matches: Kusal Perera 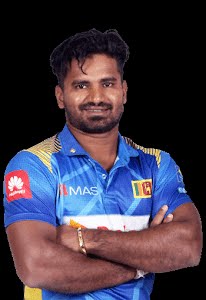 Newly-appointed Sri Lankan ODI skipper, Kusal Perera, has said that the team needs to play fearless cricket if they want to win more matches. Sri Lanka Cricket (SLC) has announced an 18-member squad for a three-match ODI series against Bangladesh. The three matches of the series will be held on May 23, 25, and 28 in a bio-bubble. While Perera will captain the team, Kusal Mendis has been named as his deputy.

Rahul Dravid has picked our brains, seen what we're doing and replicated it in India: Greg Chappell

Veteran New Zealand wicketkeeper-batsman BJ Watling has announced that he will retire from all forms of the game after Kiwis’ tour of England next month. ...

England’s managing director Ashley Giles has made it clear that the players will be expected to give preference to international commitments over a rescheduled IPL ...

The Board of Control for Cricket in India (BCCI) President Sourav Ganguly has confirmed that the remaining matches of this year’s Indian Premier League (IPL ...