Oman will take on Bangladesh match number six of the T20 World Cup 2021 on Tuesday, October 19 at the Al Amerat Cricket Ground (Ministry Turf 1) in Al Amerat. The match will be played as part of a Group B clash in Round 1 of the T20 World Cup. The contest with start at 7:30 PM IST and 6:00 PM local time.

Oman and Bangladesh faced contrasting fortunes in their opening encounter of the T20 World Cup 2021. The former got off to the best possible start as they hammered Papua New Guinea by 10 wickets in Al Amerat. Bowling first, Oman had Papua New Guinea on the ropes at 0 for 2. Although PNG recovered courtesy a third-wicket stand of 81 between Assad Vala (56) and Charles Amini (37), Oman’s bowlers fought back extremely well to restrict Papua New Guinea to 129 for 9

Oman skipper Zeeshan Maqsood led from the front with figures of 4 for 20, three of them coming in one over as PNG went from 102 for 3 to 118 for 9. Chasing a target of 130, Oman rollicked away. Jatinder Singh slammed seven fours and four sixes in his 42-ball 73 while Aqib Ilyas remained unbeaten on a sedate 50. It was as convincing a win as Oman could have registered 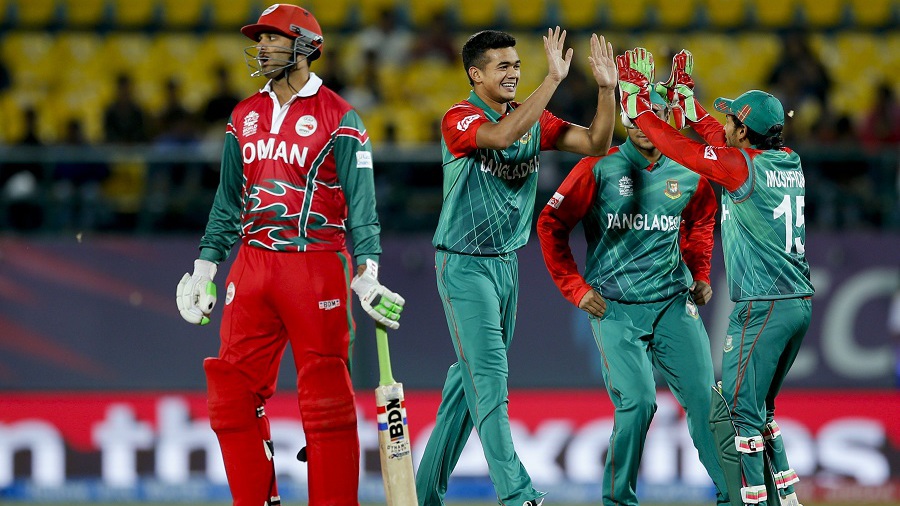 The T20 World Cup 2021 saw an upset of sorts on the first day itself as Bangladesh went down to Scotland by six runs. Bowling first, Bangladesh had reduced Scotland to 53 for 6. However, they failed to put the finishing touches as Scotland recovered to put up a competitive 140 for 9. Mahedi Hasan starred for Bangladesh with 3 for 19 while Shakib Al Hasan and Mustafizur Rahman picked up two wickets each.

Bangladesh should have chased down the total but early wickets courtesy bad shots put them under pressure. Shakib Al Hasan (20) and Mushfiqur Rahim (38) both got their eyes in but could not bat long enough to take the team closer to the target. Skipper Mahmudullah’s 23 was also too little too late as Scotland restricted them to 134 for 7, registering a famous win.