Why the US Is Not a Massive Cricket Fan

There are several hugely popular sports in the United States including American football, baseball, ice hockey, basketball, horse racing, golf, tennis, boxing, and soccer. Some of which, such as soccer, have taken time to develop and become popular with sports fans in the US but many people are now enjoying the sport. However, one sport that continues to struggle in terms of fans is cricket. Why has the US failed to embrace the sport of cricket?

Who one glance at the list of online mobile bookmakers at Gamble-USA.com shows a significant number of sportsbooks. The majority of the sportbooks offer cricket betting markets yet many people inside the United States do not know enough about the sport to make a considered wager. 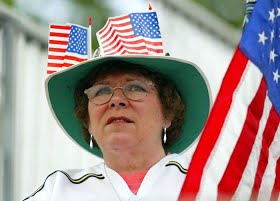 One of the reasons why the US is not a massive cricket fan could be put down to the emergence of other sports as opposed to the dislike of cricket. The weather conditions in the United States means cricket is playable across the country at different times of the year and limited overs matches, such as Twenty20 cricket, would appeal to sports fans who like a quick result.

Some people believe Americans have a dislike of the United Kingdom due to the history between the two nations. Cricket is seen to be a distinctly British sport and therefore people in the United States do not want to get involved in the game but what about tennis and golf? Both tennis and golf have strong British origins yet have been embraced by the American public, so this argument for the lack of engagement with cricket falls flat.

That leaves us with the possibility of other sports taking precedence over cricket. Baseball is perhaps the leading example, and this is a sport that has captured the imagination of people in the US. The reason why cricket has yet to take off in the United States can perhaps be traced to one individual named A.G Spalding. The sports manufacturing company, owned by the businessman of the same name, played a significant role in the promotion of baseball. The commercializing of the sport plus the creation of professional leagues took baseball to the next level and in doing so pushed cricket out of the limelight in the United States.

A.G Spalding was a baseball player himself, participating in major league baseball between 1871 and 1878 as a pitcher. He was responsible for the first world tour of baseball in the 1880’s and was a key figure in the organisation of the National League. At a time when cricket was beginning to take off in other countries, the ongoing promotion of baseball meant cricket could not gain a foothold in the marketplace and was somewhat pushed aside by the emergence of baseball.

Throughout the generations, immigrants and their children tended to adopt baseball as their sport of choice rather than cricket. There have been times over the years where it seemed as though cricket was going to enjoy a revival in the US but it has yet to come to fruition.