Bairstow earning major plaudits ahead of next World Cup

With all nations building up to the T20 World Cup next year, England and Yorkshire star Jonny Bairstow has been receiving some high praise for his efforts in the white ball game. Bairstow is one of a handful of Englishmen that has been impressing in recent weeks in the Indian Premier League, which bodes well for the Three Lions going into the major tournament in 2021.

The Yorkshireman, who has already won a World Cup in the ODI format for his country, is currently plying his trade in the IPL with Sunrisers Hyderabad. Bairstow has looked confident with the bat in hand and is starting to rekindle the form that made him a regular for England at Test level, before dropping down the peckingorder in the longest format of the game.

The Yorkshireman, who has already won a World Cup in the ODI format for his country, is currently plying his trade in the IPL with Sunrisers Hyderabad. Bairstow has looked confident with the bat in hand and is starting to rekindle the form that made him a regular for England at Test level, before dropping down the pecking order in the longest format of the game.

The efforts of the 31-year-old have certainly caught the eye of Yorkshire skipper Steve Patterson, who feels his county team-mate is right up there with the best in the business and will be a key figure going forward for England, who are 4/1 in the cricket betting to win the T20 World Cup next year."Jonny is a bit different to most in that he can probably adapt quicker than most because of the sheer natural ability he's gotat many sports, not just cricket," Patterson told Yorkshire County Cricket Club official website.

"I'm sure those who have stats to hand would throw some other names in there to rival him. But, on current form, he'd be one of your first-choice picks if you had a blank piece of paper. He's just phenomenal," he added. 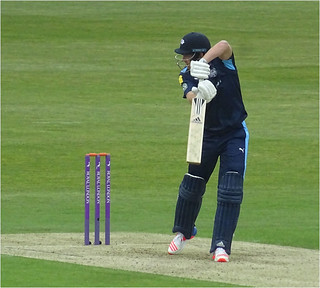 The fact Bairstow has impressed in the IPL will come as a welcome boost for England head coach Chris Silverwood. This massive competition really does attract all of the biggest names in white-ball cricket, and Bairstow shining in such esteemed company can only be a good thing for the national side going forward.

While the talented player himself will have aspirations for getting back into the Test set-up under Silverwood, his future in ODI and T20 cricket certainly looks bright 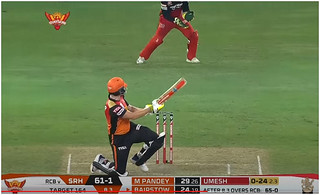 Bairstow would have hoped to feature in England’s potential tour of Pakistan which is being considered by both cricketing boards this winter. However, Bairstow and the likes of Tom Curran and Liam Livingstone have contracts in Australia’s Big Bash competition that gets underway Down Under in December, and could therefore miss out on the encounters with Pakistan, depending on the scheduling.

Bairstow, who made his one-day debut back in 2011, might get a chance to impress for the Three Lions in November if England can go ahead with their proposed tour of South Africa, but once again external factors will determine whether the three ODIs and three T20s can go ahead.

Either way, based on his current form for Sunrisers Hyderabad in the IPL, it’s difficult to not see Bairs